“GM’s! DM’s! Hear ye, hear ye. Read all about it! Players jump off the rails and want to meet unprepared characters! All of them are exactly the same!” Does this call to you? Don’t worry. Roll4 has your back with a quick and easy to make each and every NPC memorable. Interesting NPC Creation is as easy as 3-2-1. Well, okay. Technically, it’s as easy as 3-3-2-1.

Now, I’m sure each and every GM out there has seen the worksheets. Full of building history, connections, childhood nicknames and mother’s maiden name. That’s not what we’re here for today. While these may be helpful for building important NPC’s that have a large impact on the characters, they are time consuming. You can’t do this for every character that your players run across, especially if you’re making them off the cuff. That’s why we’re going to go with this easy NPC creation tool.

Unfortunately, there’s no way around it. You first have to say who the character is. You need a name, ancestry and profession.

The hardest part for me is to come up with names off the top of my head. Without a place to start, I just don’t know where to go. Luckily for you, we’ve got you covered there too. We have over 50 name generators that you can use at your table, or run ahead of time to quickly create lists of names that can be copied over to your word processor of choice and printed out. 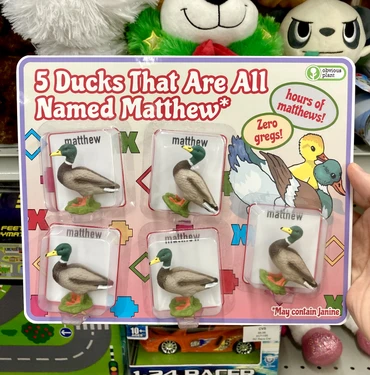 Next detail is ancestry. This is only important to campaigns where there are more than one sentient creature type. For fantasy, elves, dwarves, orcs and so on. Or the type of alien they are for sci-fi settings.

Thirdly, is the profession. This can be as obvious as the tavern’s owner, or their D&D class. However, it can also be other jobs from around your campaign. A tailor, accountant, cobbler, inventor. There are a lot of jobs out there that your character could have taken on. I find it helpful to create a list of 30 or so jobs to choose from for any given random NPC at the beginning of a campaign. What’s nice, is this list is a lot more reusable than a name list.

Let’s create one now. Today, I’m feeling like creating a Goliath. Using our Goliath Name Generator, and selecting from a list of medieval professions, we end up with:

Okay, that’s it for the who. This is the baseline of every character. They’re still flat, lifeless, and uninteresting. Most importantly for your campaign, they are forgettable. Let’s change that!

Finally getting into the good stuff! First thing we need to do is to give this new character a voice. A way of talking and general attitude. To do this, we need to determine their personality. Over the years I’ve tried countless ways of creating a character’s personality, with varying degrees of success.

I’ve found if there is too much information, then the character’s don’t have room to grow. Too little, and they’re boring. For quick NPC creation, the golden amount settles to be 3 personality traits. While this method also works well for player characters, Roll4’s Logan describes another method of finding your character’s voice. Great advice there, but these are luxurys we as GM’s don’t have time for right now.

Personality traits are typically one-or-two-word descriptions that another person would use to describe this character. Generally, just a handful of these traits can give you a pretty good description of a character. Even going so far as to imagining what kind of individual they are. One is far too few, to give a good full view without having a one-dimensional character. But too many will bog down your character as well.

Three is the magic number. Come up with 3 personality traits to describe your character, and you’ll find their voice and point of view on many things comes easily to light. If you’re having trouble coming up with new ones, we’ve got over 1300 in our Character Trait Generator. That’s what we’re going to do as we generate Character Traits for Goristin.

From here, we can get a pretty good idea of our goliath. With finicky and egotistical, I’m going to assume that Goristin is probably noble born, with a very high opinion of himself. However, he may very be kind and polite to others that he meets. Are you starting to get a good idea of how to voice this character now? Good! Gotta love easy NPC guides. Then let’s move onto the next step.

Now you know how this character acts and likely reacts to things, bringing them to life. However, they’re still not quite there in terms of completeness. You need something to show something that is uniquely them. This is what makes interesting NPC’s, well, interesting. And there’s no better way of doing that than to look into their habits.

Character quirks are an amazing way to make a character stand out. It shines a spotlight on their strengths, weaknesses, or just individuality. It changes a character from someone that the players can listen to, into someone they can interact with. Let’s generate two using our Character Quirk Generator for Goristin.

Perfect! Even more of Gorstin’s personality comes into view. From these quirks, you can even draw out some background information. Perhaps he always wanted to be an actor, but couldn’t quite get his lines right. Now let’s put the cherry on top.

We’ve all been there. Defining a paragraph or more purely on how our character looks, what they’re wearing, and the exact shape of an auspicious scar on our forehead. There’s absolutely nothing wrong with this. I encourage it from my players! However, when you’ve got to come up with an NPC fast, this just simply won’t do. You’ve got moments to give an impression to your players.

This is why you choose 1 defining feature. Even a single feature will be enough to distinguish one NPC from another in most cases. A dwarf with a bright green beard? Yup, your players will remember that. It could even be something that the character has on them. An elf with thick glasses, or perhaps that one human with the ridiculous hat.

This is a quick way for players to understand what visually sets one person apart from another. Now, for big NPC’s there’s nothing wrong in creating a bit more, even having a picture handy. However, one thing that I’ve noticed about players over the years. They usually only remember 1 thing about their description.

Time and time again, when I’ve given full descriptions of characters my players would only remember 1 key detail about their physical appearance. “That guy with the gold armor?” Yup you know who I’m talking about. “The person that is incredibly fond of their unibrow?” You got it. In this case, let’s give our NPC the defining feature: “Shorter than average”. Perhaps making him 6’ 3”, quite short for a goliath, but still tall for humans.

But, let’s face it. That’s 3 (ish) whole steps! Short, simple and easy steps, but when your players are waiting, you’ve got to get something together as soon as possible!

Once again, we’ve got you covered! With our simple, one-click NPC Generator, you can generate 3, 2, 1 NPC’s for Dungeons and Dragons at the click of a button! Even if you’re running a non-fantasy setting, the Traits, Quirks and Distinctive Features will fit most NPC’s easily with one click, leaving only the hidden 3 remaining! Don’t believe us? Take a look at some of these examples!

Love the thought of this method? Hate it? Let us know your thoughts in the comments!

Image by Pete Linforth from Pixabay