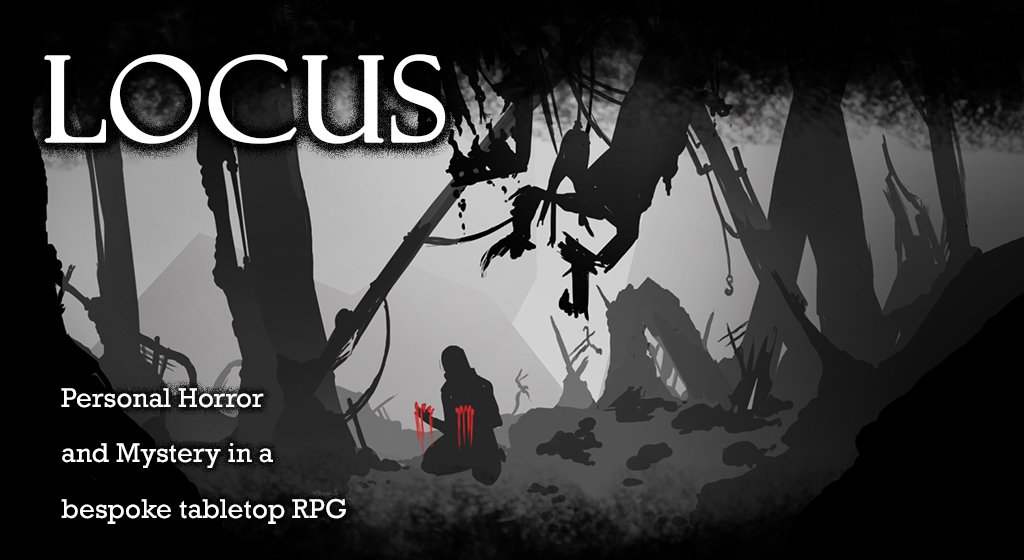 Locus is a new Mystery-Horror tabletop RPG created by Cobble Path Games, and boy does it deliver! Locus is divided into two separate sourcebooks: The Player Guide and The Director’s Guide. Between the two books, there are critical differences that provide the perfect amount of information to each audience. This is the Roll4 Review of Locus RPG.

Personally, the Roll4 crew hasn’t played too many horror games, typically because we’re a bit too silly to keep the tone of the game for anything more than a one-shot. However, I don’t see this problem coming from Locus. Where I think the strength of Locus truly lies is that the system incorporates the feeling of dread directly into the rules itself.

There’s an entire tone baked in that brings on a foreboding feeling. As an example, all of the attributes are based on you’re weaknesses, not your strengths. Want to break down a door? You’re not adding strength. You’re rolling to beat your frailty. Instead of adding what you’re good at, you’re trying to overcome your weaknesses for every roll.

The design of the book is clean and comfortable to read, with an emphasis on whitespace and legibility. It’s broken up intuitively, making the flow of information easily digestible. After my first readthrough, I found myself retaining the rules and nuances more quickly than with other systems. Honestly, I find myself more loving the layout more and more as I refer back to things writing this article because finding the information is legitimately simple.

However, I do think that there is room for improvement. I would love to see a few more pictures throughout the book and example character cards when describing more of the stats. Now, this game is currently in Kickstarter and has reached its first stretch goal for an improved graphical layout and additional artwork.

The first of the two books is the Players Guide of Locus. In its current form, it’s 44 pages, including the Character Card Templates and a rules summary section. While the rules section is very similar to the Director’s Guide, the Player Section has expanded articles on how to create a character. Even for first-time Tabletop RPG Players,  the layout guides you through character creation, instead of stumbling like most systems start.

They did an excellent job with the Rules Summary for Players. As the Roll4 crew tries more RPG’s, I find myself loving these documents. I’ve grown more and more fond of quick reference handouts for players. When you’re first learning the system, a simple reference sheet should be a requirement for all games in this day and age. The players feel more comfortable making decisions and can learn the system faster. I hope to see this section modified into a single page (front and back) PDF available on Drive Thru RPG to print out for players.

The Director guide skips a lot of the prompts that help players to build their characters and instead focuses on the game itself. It guides the reader through the mechanics of the game, player management, and enemies in the first half. The second is dedicated to your game, setting it up, running as well as a handy sample story. In its current form, the Director’s Guide is 120 pages, including the Adventure.

What I think that they’ve done a particularly great job on is their example text. Examples are short, to the point, and straight forward. It’s not two pages of text to get to the example that still leaves you scratching your head. They are incredibly useful in understanding the material. Again they do have appendixes with helpful information, much like the character section.

Locus was created with Thriller movies in mind more than the classic slasher movies, leading to more of a slow-building creepy tone to their sessions. As time goes on, the players are led deeper and deeper into a supernatural world with ever-increasing danger. Their goal is to uncover the mystery of why they ended up in this horror landscape, and to escape with their lives!

Rolling in Locus is dead simple. Each time you roll, you do so with 3d6. For easy checks, your Highest die needs to exceed your ability score. Likewise, for regular checks, the middle-value die must exceed the ability score, with hard checks using the lowest die value. Honestly, I love it: simple, intuitive, and fast!

The system also features a unique Injury system, showing the wear and tear on the characters as they look for a way to escape. Obtaining larger injuries can have an impact on your character’s abilities in a realistic way. For example, breaking a leg will make you unable to walk without aid until it is placed in a splint.

Overall, I love this system. It has an intuitive system, simple character building, and a clear tone. If we ever play a horror-based campaign, this is the system that we would use. For the review of Locus RPG, we cannot recommend it enough.

For anyone who has viewed Version 0 of this game, the Kickstarter has already exceeded its first stretch goal, which includes a professional editor and improved graphics. The more stretch goals are unlocked, the more settings will be created for the game. Check out their Kickstarter today! 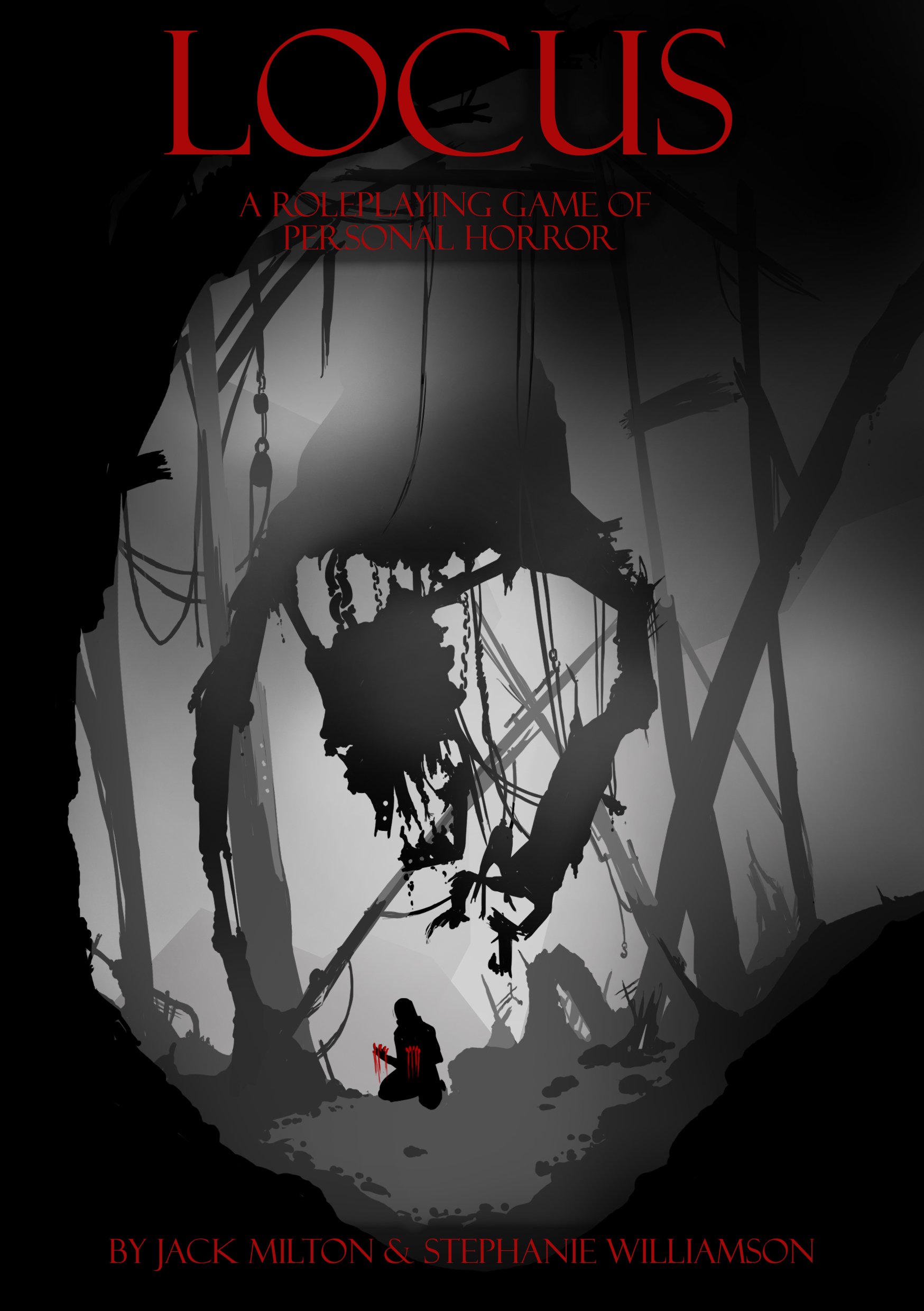