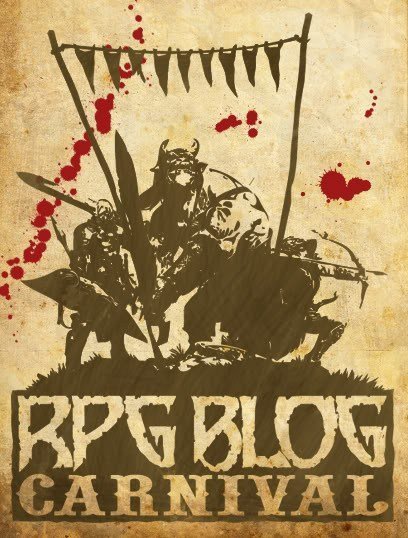 This article is being posted as a part of the RPG Blog Carnival hosted by Nuketown.

Over the past few months, there have been a number of articles created around the world-building of a new setting, the world of Mitica. Mitica is an independent setting to explore or inspire your homebrew campaigns. However, there is another point for the creation of Mitica are articles like this one. Now we can discuss the process of Worldbuilding as it is created.

Starting Your Worldbuilding is something already expertly covered by Tay. Here, we can apply, and expand on some of the ideas expressed in the article.

The first thing that must be done is to look at the shape of the world, the Foundation of the Campaign. In this case, the shape of Mitica is fairly simple. It’s a high-fantasy setting filled to the brim with magic, occasionally even defying reason. This was the springboard behind the idea of the Mitican Solar System and Calendar.

Have you ever done a maze backward, and realize that it’s easier then going forwards? A lot of times I find that to be the easiest way to choose a starting point for world-building as well. Find the end-goal and move backward from there.

Let’s consider you were starting a new campaign, and you wanted your players to share a more friendly hometown, that would be your end goal in the City’s design. In this case, we could have created the City of Bearington, that was loosely based around only this idea. This would be the

Now, in terms of Worldbuilding for the RPG table, I’m a Snapshot Builder at heart, which means I usually build worlds from the bottom up. I create the immediate world and expand out from there. without almost any concern for Zexen, the country in which Bearington resides, or especially any other countries.

Seeing as these are articles to create a full world, however, it is more important for Zexen to be defined. This is more of the Grand Architect role. I wanted a place where adventurers thrive and flock to. A place that revered adventurers. My solution was to create a decentralized country with many unique small provinces or cities, that have drastically different ruling systems, cultures, and ideals. This one goal created the starting point for how the country would exist.

When you’re creating a World, no matter what, there will always be gaps in the World. Areas that are undefined or unexplored. This isn’t a problem, especially in tabletop gaming or stories. In stories and tabletop gaming alike, you only reveal the world as the players or characters explore it. This allows your world to grow, expand and always have a sense of wonder. The important thing to remember when expanding your world is to make it unique, yet consistent at the same time. There needs to be something that can distinguish one town, from another. In other terms, it needs to feel special. It’s uniqueness that is necessary to have one town be memorable from another.

Whenever I create a city, magic item, or creature, I always have to ask myself two things about it.

This is the entire bases behind the Journal of Scarlett Reed series. Personally, I find this a fun exercise when it relates to mythical creatures, it speaks to my inner child watching nature documentaries.

And don’t forget about locations! Consider the city of Bearington again. Its uniqueness is a magical well that dispenses meat instead of water. But how? Twin Magical Trees are planted at the bottom of the well, driving the magical conversion ritual of the well, transferring Currency, or another item, into a food item. This answers what makes this town different from the others around it, as well as provides the possibility of a plot, with just two questions.

The next steps in the creation of Mitica are to continue to take city snapshots around Zexen to create a larger picture. Eventually, another country would be created, followed by more of their cities, creatures, and cultures. In terms of a tabletop, or a story, only create as many are needed for the story and expand naturally. Expand on the cities that the characters can, or will soon be able to travel soon to. The process of choosing a starting point, expanding, and asking why to continue to cycle as the characters explore new lands.