As described in The Problem with Shapeshifting, species that are able to drastically change their shape have 3 main problems that really limit the amount of fun of the characters. The reason why these types of creatures keep coming back, even as Playable Races occasionally, is because despite their flaws they’re still Cool! Who wouldn’t want to be a bard that can transform into a noble, or a thief looking like a Royal Guard? It’s easy to see the draw of these characters, we just need to flesh out how they would work without becoming game-breaking. 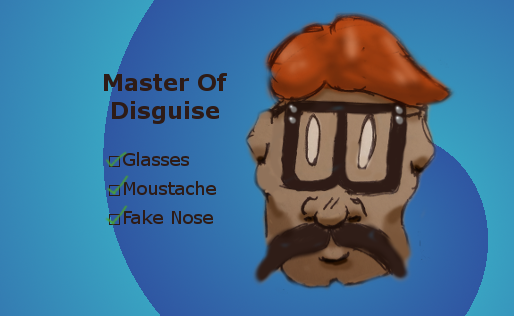 The 3 Laws of Shapeshifting

1. Mass and the Shifter 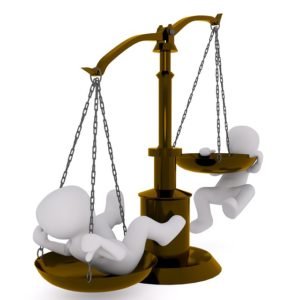 In order to fix the problems of the Shifter, we need some clearly defined limits to shapeshifters. The first one is, in my opinion, the easiest to accept. A shapeshifter is only able to change a certain percentage of their body mass. In this case, 10% seems to be the right amount. It’s only reasonable that a 10-year-old Changeling wouldn’t be able to change into a 6-foot tall man, or back into a baby. However, it is reasonable that the same age 10 shifter could change into a human between the ages of 8 and 12.

Without this limitation, changes will have a tendency to creep to a larger and larger (or smaller and smaller) scale. Having this rule of thumb helps to keep things in check and tends to scale well.

2. Concentration and the Shifter

First thing that needs to be mentioned: for Shifting to work properly, it must be established that it is a voluntary action. For example, blinking is an involuntary action. An individual will blink without the need for conscious thought or Concentration. In fact, it happens automatically often without the individual even knowing they blinked. If this were the case with Shifting, then a form could not be maintained and shifting would occur even when not wanted. Alternatively, speaking is a voluntary action requiring at least some level of effort. Choosing the words, sentence structure, and tone can all change the meaning conveyed. Shifting would have to work similarly, with deliberate action to change one’s appearance in a specific way.

The key word being: deliberate. A willful change like this points out a few details that many players will try to ignore to exploit the ability of the Changeling: they must be conscious, and holding a form will be more difficult if they are concentrating on other tasks. I’m sure there will be many players who will immediately dismiss the first point this by saying “Wait a minute! Many people talk in their sleep… I have a cousin who…”, but there is an inherent problem with their argument; people that are not conscious are not in full control of what they are saying. For example, most sleep-talkers will usually be trying to respond to their dreams, without knowledge from the outside world. Even on the rare occasions where someone may respond to external stimuli while not awake, they will not be able to do much more than responding to stimuli, let alone keep a conversation going, lie, or convey a deep meaning. Likewise, Changelings would not be able to maintain their shape while sleeping any more than someone being able to carry on a conversation while sleeping. (Although this does lead to some interesting questions, such as can a Changeling be more prone to “Sleep Changing” much like sleepwalking?)

Holding a form would also be more difficult if the Changeling were to be devoting their concentration to something else. An example would be how a person will stop talking to concentrate while playing video games. Sure, a person can walk, talk, and chew bubblegum, but let’s face it, chewing gum and walking don’t normally really require much concentration to accomplish. Certainly not as much as it takes to play a game or perhaps get into a fight to the death (which happens a whole heck of a lot in RPG’s as opposed to real life). While a character is concentrating on a task, such as focusing on a fight, picking a lock, or trying to divide large numbers in their head, it is going to be more difficult to hold a shifted form than if they were concentration on just being that person.

3. Reference and the Shifter 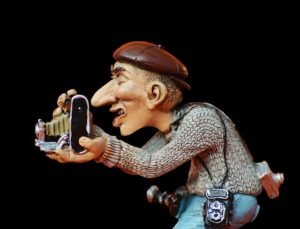 I’ve had to deal with a few players that tried to push the envelope of how much they can change well past the point of reason. However, where reasonable begins or ends is difficult without having the boundaries defined or explored. Clearly, rule 1 would come into play when trying to shift into someone else.

When trying to copy the shape of another person, it only stands to reason that a Changeling would only be able to make as good of a copy as from the source they are copying from. They would only be able to directly copy how they see the target. For example, copying from a wanted poster could easily have been drawn incorrectly. In a more likely example, if a shifter is trying to imitate a guard that was injured as the players knocked him out. In many of these cases, the guard may have some facial swelling or have broken his nose. In this case, the shifter would have to change based on how the guard looks now and perhaps their memory of what he looked like, which could contain errors.

Likewise, I would argue that the longer that a shifter spends studying their target, the more believable their disguise is. In most cases, changelings only need to mimic similar appearances enough to not attract attention. If they, in fact, have the opposite goal in mind of fully imitating someone, more time will need to be dedicated to viewing the target. It would be important to see their ticks, mannerisms, and finer details of their face, hands or neck. Anything that could give the Changeling away upon a close inspection.

In the Changeling’s defense, if they spend a long enough time studying and changing into a specific form, they should become more adept at that form. It is conceivable that a Changeling may wish to become a bodyguard, and takes the form of the person they are trying to protect. After repeated changes to this form, they should be able to hold their shift better and be able to shift into and out of this form more easily.

4. Flaws and the Shifter 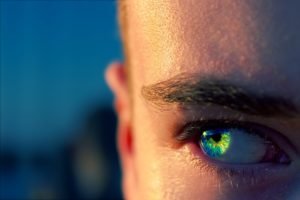 The final thing that must exist with every shifter is a Flaw. Much like how a disguise kit and illusion magic have disadvantages like environmental factors or scrying magic, a changeling must also have a flaw in how they change. It creates a reasonable chance of suspicion and failure, where in most cases without a shifting flaw, almost no NPC’s would ever question your actions.

Shifting flaws allow for failures to have a reason, and it allows the failures to be interesting. This should be relatively minor, so to notice it would take some effort, but it shouldn’t be impossible.  For example:

It seems like a lot of these factors to fix changelings may break the idea that you have of their powers, but in practice, this will make a lot of shifters more balanced. Having shifting abilities can easily a game-breaker if it can be done perfectly at will. All of these factors only make failure in changing possible, yet interesting. As a player, this only gives you more “fluff” in order to develop your character in new and fun ways. Own it!